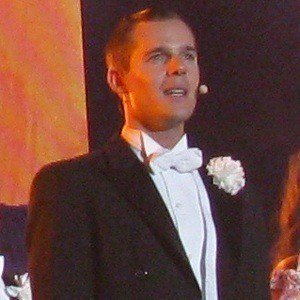 Flemish actor who has won acclaim for his roles in such films as Missing Persons Unit (2007), Smoorverliefd (2013) and Public Works (2015). His television roles include Joop Admiraal on Ramses and Erik on Sams Kerst.

He was raised in Ekeren and Merksem. He moved to Amsterdam at age 18.

He was the titular mole on the seventeenth season of the reality show Who is the Mole?

He was born in Ekeren, Belgium.

He appeared alongside Halina Reijn in the 2011 drama Isabelle.

Thomas Cammaert Is A Member Of