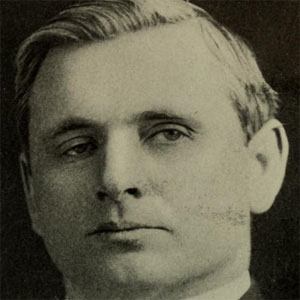 American Democratic politician who served as a Senator from Oklahoma from 1907 to 1921 and from 1931 to 1937. He was rendered blind from an accident during his childhood.

He obtained his law degree from Cumberland University and was elected to the Senate only five years later.

He was a vocal opponent of American entry into World War I and he was opposed to conscription because he felt that it would lead to unmotivated soldiers.

He married Nina Belle Kay in 1900 and had two children with her. His grandson was author who authored the television play The Indestructible Mr. Gore about him.

He was a vocal supporter of U.S. President Woodrow Wilson, although he did not support U.S. involvement in World War One.

Thomas Gore Is A Member Of