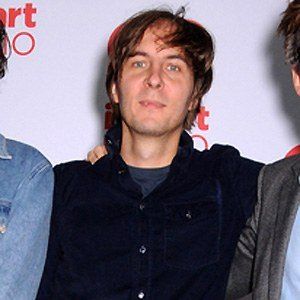 Lead singer of alternative rock band Phoenix. He and the band won a Grammy with "Wolfgang Amadeus Phoenix" in 2009.

He founded Phoenix with childhood friend Chris Mazzalai during the early 1990s; their English-language debut was "United" in 2000.

His song "1901" reached the number one spot on the Billboard Hot Alternative songs chart in early 2010.

He married film director Sofia Coppola in 2011. He and Sofia have two daughters, Romy and Cosima.

Thomas Mars Is A Member Of