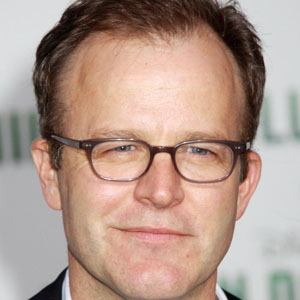 Screenwriter and director whose acclaimed film Spotlight took home Best Picture honors at the 88th Academy Awards. The film also won Best Original Screenplay and earned him a Best Director nomination. His other notable directorial achievements include The Station Agent, The Visitor and Win Win.

He attended the Yale School of Drama. He made his Broadway debut in 2001 in a revival of Noises Off!

He has numerous acting credits in both film and television, including appearing in 14 episodes of Boston Public and starring in the final season of HBO's The Wire.

He was one of five kids raised Catholic by parents Carol and Eugene F. McCarthy.

He acted alongside series star Dominic West in the last season of HBO's The Wire.

Tom McCarthy Is A Member Of