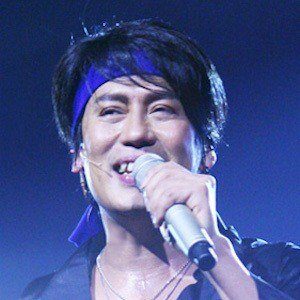 World music performer who rose to fame under the professional alias Bird. He has been considered one of Thailand's most successful superstars having sold well over 25 million albums throughout his career.

He was discovered by TV producer Kai Varayuth while working as a bank teller.

In 2016, he won the KPN Lifetime Achievement Award.

He is the son of Udom McIntyre and James McIntyre.

He collaborated with Myria Benedetti on the song "Fan Ja."

Thongchai McIntyre Is A Member Of