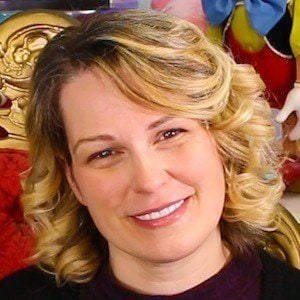 Creator of custom My Little Pony figures and character mash-ups who is most well known for creating kid friendly doll parody videos and reviews on her self-titled YouTube channel. She features dolls from other series such as Monster High, Ever After High, Frozen and more.

She created her tiffanyblisscom YouTube channel in July of 2009 with her first video, "Customized Zhu Zhu Pets Hamsters," coming in January of the following year.

Toys from The Little Mermaid and Frozen were her most successful in helping her reach more than 440,000 subscribers.

She was born in California and later moved to Oregon. Her daughter Julia has a YouTube channel called Julia Bliss.

Her channel is similar in nature to the YouTube channel of CookieSwirlC.

Tiffany Bliss Is A Member Of