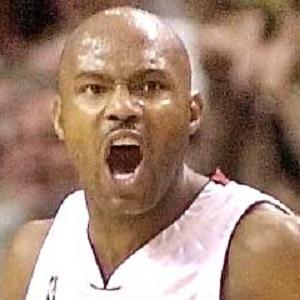 5-time NBA All-Star whose career spanned from 1989 to 2003. His #10 jersey was retired by the Miami Heat in 2009, only the second retired jersey in franchise history.

He was given the Frances Pomeroy Naismith Award at the University of Texas at El Paso as the best basketball player six feet tall or under.

He was best known for his crossover dribble.

He married Yolanda Adkins in 1993. His son Tim Hardaway Jr. was a standout college basketball player at the University of Michigan and became a first round pick of the New York Knicks in 2013. He also has a daughter named Nia Hardaway.

He became the second-fastest player in history to surpass 5,000 points and 2,500 assists after legendary Hall of Fame guard Oscar Robertson.

Tim Hardaway Is A Member Of