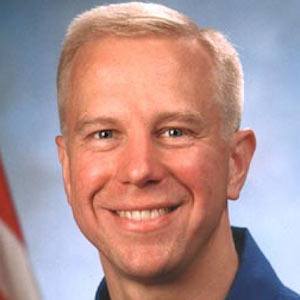 Known for his storied career with NASA. He has served as the commander of the International Space Station (ISS) during Expeditions 46 and 47 in 2015-2016.

He graduated from the US Military Academy at West Point in 1985 with a bachelor's degree. He was commissioned in the US Army as a second lieutenant upon his graduation. He subsequently received his master's degree in aerospace engineering in 1995 from the Georgia Institute of Technology.

He was born in Austin, Texas. He and his wife, Dawn, have two children together, Matthew and Jacqueline.

He has worked with fellow astronaut Scott Kelly during Expeditions 46 and 47 for NASA.

Tim Kopra Is A Member Of