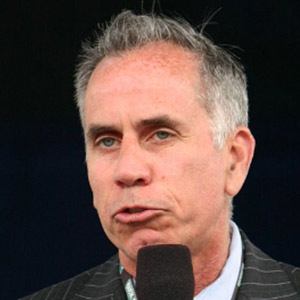 Baseball reporter best known for his decades of work as a Major League Baseball journalist and analyst with ESPN. He has authored several book on baseball, including Is This a Great Game, or What? (2007) and I'm Fascinated by Sacrifice Flies (2016).

He played baseball and basketball at Walter Johnson High School in Bethesda, Maryland. He later studied journalism at the University of Maryland.

He became a popular person to imitate, inspiring vocal impressions from such MLB players as Tim Dillard and J.P. Arencibia.

He married lawyer Kathleen Patrick, with whom he has a daughter named Kelly. He is the cousin of Pulitzer Prize-winning journalist Stephen Kurkjian.

He has been a weekly contributor to The Dan Le Batard Show.

Tim Kurkjian Is A Member Of