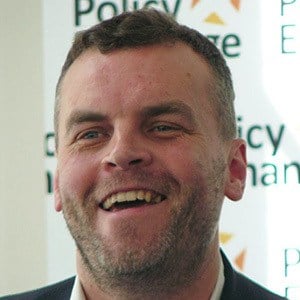 Blogger and political activist who created the website ConservativeHome. He was the editor of the site from 2005 to 2013, before leaving to write for The Times.

He studied economics and geography at the University of Exeter, where he ran the Conservative Association.

In 2016 he resigned his membership of the Conservative Party, for their stance on staying in the EU.

He grew up in an army family.

He has served as a speech writer for William Hague and Iain Duncan Smith.

Tim Montgomerie Is A Member Of