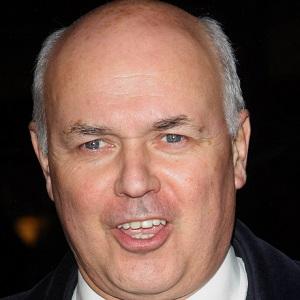 After serving from 1992 until 1997 as a Member of the United Kingdom Parliament for the Chingford and Woodford Green constituency, this Scottish-born politician served as leader of the British Conservative Party and as Secretary of State for Work and Pensions.

After graduating from the Royal Military Academy Sandhurst, he served in Rhodesia and Northern Ireland as a member of the Scots Guard.

In 2003, he published a critically panned novel titled The Devil's Tune.

His marriage to Betsy Fremantle resulted in four children.

In 2010, British Prime Minister David Cameron appointed Smith to the position of Secretary of State for Work and Pensions.

Iain Duncan Smith Is A Member Of