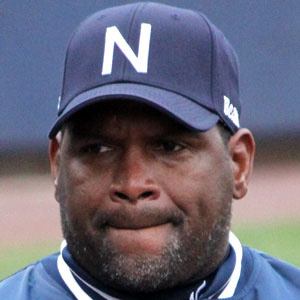 MLB outfielder for 24 seasons who became one of the game's greatest base stealers. He had his most success as a member of the Montreal Expos from 1979 to 1990. He was elected into the Baseball Hall of Fame in 2017.

He began his career as a bench player who was often called upon to pinch-run because of his blazing speed.

His son Tim Raines Jr. played for parts of three seasons with the Baltimore Orioles.

He retired fourth on the all-time stolen base list, with Hall of Fame outfielder Rickey Henderson alone on top.

Tim Raines Is A Member Of