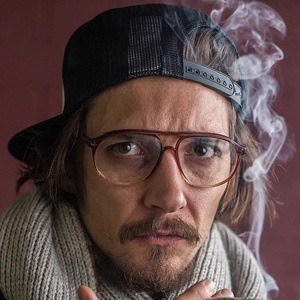 German rapper who came to prominence in the mid-2000's as a member of the rap duo Pimpulsiv alongside Skinny Shef. In 2015 he released his debut solo album 2 Zimmer, Küche, Bong, which made the top 10 on the German album charts.

He grew up in Bielefeld, Germany.

He collaborated with rapper Casper on the 3Mal 16 Bars auf Exclusive Mixtape.

Timi Hendrix Is A Member Of