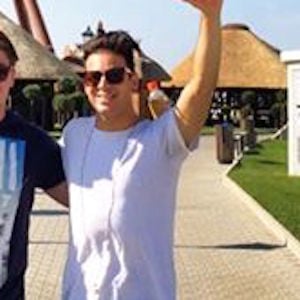 Music producer, DJ, and trumpeter who started his music career as a jazz musician before combining his trumpet skills with EDM. In 2014, he went triple platinum, peaked at #1 and #2 on the Beatport and ITM charts, respectively, and went on the Future Music and Stereosonic Tours as well as a US tour.

He got his big break playing in Ibiza where he performed trumpet solos over electronic dance music. He'd previously attended the Sydney Conservatorium of Music.

He starred on the Fox8 reality television series The Stafford Brothers, which launched at the start of 2011.

He was born Timothy Jude Smith in Sydney, Australia. His father taught him how to play the trumpet at age 4.

Timmy Trumpet Is A Member Of