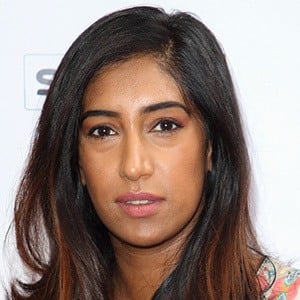 She attended Brunel University where she earned her degree in Computer Science. She then earned her Master's degree in Journalist from the University of Leeds. She then joined the BBC network in 2007, beginning with coverage of Women's football as well as on the show Free Speech on the BBC Three.

She was listed as one of the Top Paid Presenters in July of 2018 when the BBC published their employees salaries.

She was born and raised in Perivale, West London where she was raised by Sikh parents.

She appeared alongside Zoe Ball when she read the news for The Radio 2 Breakfast Show.

Tina Daheley Is A Member Of