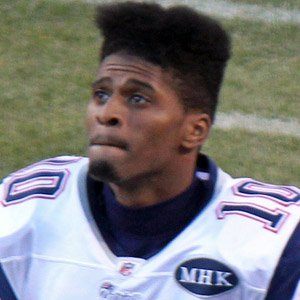 Wide receiver who made his NFL debut in 2009 for the Jacksonville Jaguars, and became known for his unique hi-top fade hairstyle.

He was only a two-star recruit by Rivals.com, but a successful career at Rutgers University led to him being selected in the 7th round of the 2009 NFL Draft.

He caught his first career touchdown pass on October 21, 2012, as a member of the Tampa Bay Buccaneers.

He was born in New Brunswick, New Jersey.

He was coached by Greg Schiano at Rutgers, and then again in Tampa Bay.

Tiquan Underwood Is A Member Of