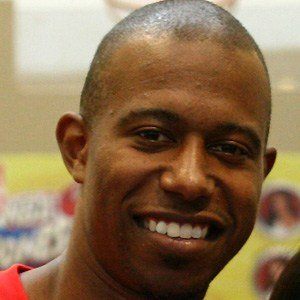 NBA point guard who was drafted 8th overall by the Milwaukee Bucks in 2003. He also briefly played with the Toronto Raptors, Indiana Pacers and KK Zagreb. He played 14 games with the San Antonio Spurs in 2012 before announcing his retirement.

He became the first freshman in history to lead the NCAA in assists in 2002 and had a standout two years at the University of Texas.

He played with KK Zagreb of Croatia during his 2011 NBA lockout.

He had three children, Terrance Jr., Peyton, and Austin, with his wife Candace Ford.

He was teammates with Tim Duncan during his last two seasons in the NBA.

TJ Ford Is A Member Of