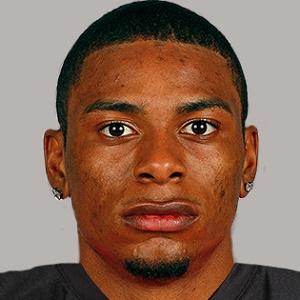 Wide receiver who made his NFL debut in 2013 for the Jacksonville Jaguars.

As a rookie he was cut by the Jaguars, but he was quickly signed by the San Diego Chargers.

He was born in Pittsboro, North Carolina.

Tobais Palmer Is A Member Of