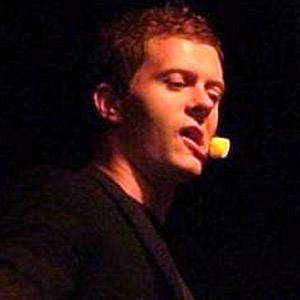 Early in his career, he hosted a Swedish TV4 morning program for children.

A voiceover actor as well as a magician and television personality, he did dubbing work for the Swedish version of the popular video game The Legend of Spyro: Dawn of the Dragon.

Born Tobias Peter Blom, he grew up in Sweden.

David Walliams judged the Britain's Got Talent reality competition; similarly, Blom served as a judge and host of the Swedish version (Talang Sverige) of the same program.

Tobbe Blom Is A Member Of