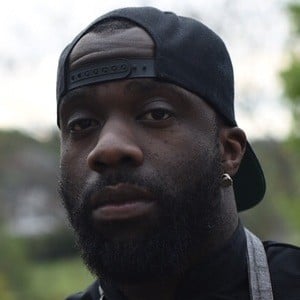 Unofficially known as the chef of DC athletes, he began his professional cooking career after Santana Moss saw his Instagram photos and invited him to cook for his family and friends. He would go on to launch his own catering company, Victory Chef.

He attended Jackson State University on a full athletic scholarship before spending three years in the NFL and CFL. He also studied at the Art Institute of Washington.

His tantalizing food photos have earned him more than 100,000 Instagram fans.

His father is Liberian and was a chef in his own childhood kitchen. He has a daughter of his own and is a proud father.

He has catered for numerous renowned athletes including DeSean Jackson and Chris Baker.

Tobias Dorzon Is A Member Of