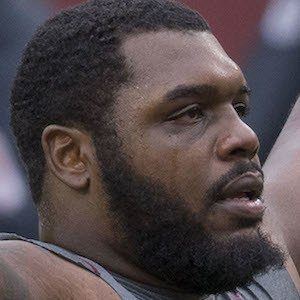 Professional football defensive lineman who is best known for his time with the Washington Redskins of the NFL. He began his time with the team in 2011. In 2015, he set a new career-high for sacks in a season with 6.

He began his career playing football at Pennsylvania State University. He transferred to Hampton University in 2008, and finished his career there.

He began his career as an undrafted free agent with the Denver Broncos in 2009. He then played for the Miami Dolphins during the 2010 season.

He was born and raised in Windsor, Connecticut.

During his first 3 seasons with the Redskins, he played for coach Mike Shanahan.

Chris Baker Is A Member Of