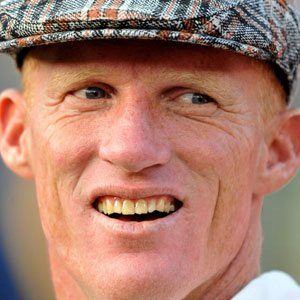 Former NFL quarterback for the Los Angeles Raiders who also played in the Arena Football League. He was named to the AFL All-Rookie Team in 2000.

He became the first freshman to start at the high school football powerhouse, Mater Dei.

He had a brief professional career that was damaged by his struggles with drug addiction.

He was coached relentlessly by his father, Marv, much to the chagrin of his mother, Trudi.

He was teammates with Tim Brown during his brief time with the Raiders.

Todd Marinovich Is A Member Of