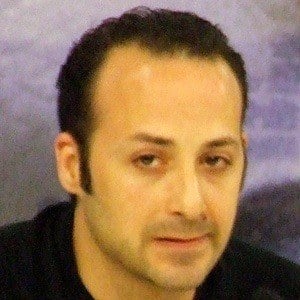 Turkish actor and comedian who has become widely known for his roles in comedy films like Magic Carpet Ride, Boss Wants a Happy Ending, and Away from Home. He is also known for portraying Sacit Kiral in the show Avrupa Yakasi.

Before beginning his entertainment career, he studied theatre at Central Missouri State University in the United States.

Outside his work in mainstream media, he also has a self-titled YouTube channel where he has earned more than 470,000 subscribers creating a mix of vlogs and sketch comedy.

His parents are Çetin and Reyhan Çevik. He and his wife Özge were married in 2004 and they later had two children, Tan and Tuna.

His wife, Özge, is the sister of comedian Cem Yilmaz.

Tolga Cevik Is A Member Of