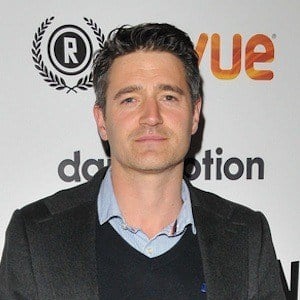 Well known for his portrayal of Sam Strachan in Holby City and Casualty, he is a veteran TV actor who also appeared in Waterloo Road as Max Tyler and as Inspector Sullivan in Father Brown.

In 2000, he was on a British Airways flight that was the target of a hijack attempt.

He and Camilla Dallerup won the 6th season of Strictly Come Dancing.

He married Clare Harding in 2008 and has children named William and Olive Chambers.

He starred in Father Brown alongside Sorcha Cusack.

Tom Chambers Is A Member Of