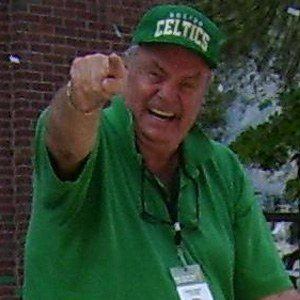 NBA Hall of Fame forward/center and coach who was involved in each of the Boston Celtics' first 17 NBA Championships. He was named to six All-Star games during a career that spanned from 1956 to 1965.

He became Holy Cross's all-time leading scorer during his three years with the school's basketball team.

The Tommy Award was named after him, and is awarded to Celtics players who display exceptional hustle.

He was married to Helen Heinsohn until her death in 2008.

He and Bill Russell were longtime teammates on the Celtics.

Tom Heinsohn Is A Member Of