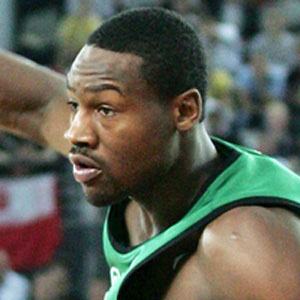 NBA shooting guard known for his defensive toughness; helped the Boston Celtics win an NBA Championship in 2008 and joined the Memphis Grizzlies in 2010.

He played alongside future NBA point guard Will Bynum at Crane High School in Chicago, Illinois.

He played college ball for Butler County Community College and Wabash Valley before transferring to Oklahoma State in 2002; after two years at OSU, he was selected 25th overall in the 2004 NBA Draft.

He married Desiree Rodriguez in 2013. His brother Ryan played college basketball at the University of Wisconsin-Milwaukee.

He played alongside the great Kevin Garnett on the Celtics from 2007 to 2010.

Tony Allen Is A Member Of