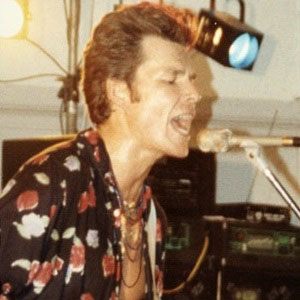 Famous as a member of Scotland's Big Country rock band, this British bassist is also notable for his recordings and performances with such bands and artists as The Pretenders and Roger Daltrey.

He first performed with Big Country while recording the group's 1982 single "Harvest Home." The following year, he and his bandmates released both the hit U.S. album The Crossing and the Top Ten U.K. single "Fields of Fire (400 Miles)."

He participated in a Big Country reunion tour in 2007 and, around this same time, performed with a band called DOG.

He grew up in the Shepherd's Bush neighborhood of West London, England, as a member of a Ghanaian-British family.

He and singer and guitarist Stuart Adamson were two of the original four members of Big Country; the others were multi-instrumentalist Bruce Watson and drummer Mark Brzezicki.

Tony Butler Is A Member Of