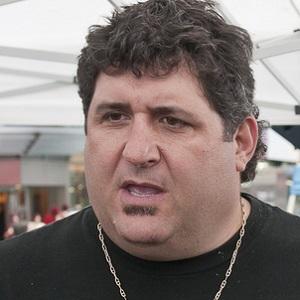 Former NFL defensive tackle for the Indianapolis Colts and Baltimore Ravens who won a Super Bowl with the latter. He later became a sideline reporter for NFL games on Fox.

He was undrafted out of Pittsburgh but signed in the off-season with the Colts in 1990.

He had a guest-starring role on the hit HBO series The Sopranos.

He had three children with his wife Kathy who he married in 1995.

He played on the defensive side of the ball with Hall of Fame linebacker Ray Lewis for the Ravens.

Tony Siragusa Is A Member Of