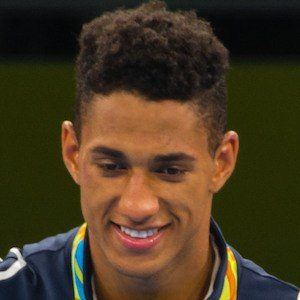 French boxer and who gave France its first Super Heavyweight gold medal by winning at the 2016 Olympic Games. He also won the 2010 Summer Youth Olympics' gold medal in the super heavyweight division and the gold at the 2015 AIBA World Boxing Championships.

His first professional fight was at Le Palais des Sports in Paris in June 2017.

He had a controversial win against Joe Joyce at the 2016 Olympic Games.

He and Olympic Champion Estelle Mossely had their first child, Ali, in August 2017.

He beat the WBO heavyweight champion, Joseph Parker, at the 2010 Summer Youth Olympics in Singapore.

Tony Yoka Is A Member Of