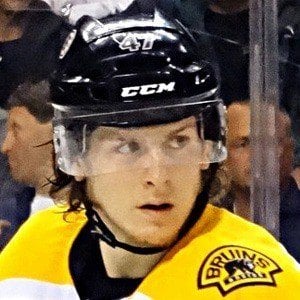 Defender who made his NHL debut with the Boston Bruins in 2011. He helped lead the team to the Stanley Cup Finals in 2013 where they were defeated by the Chicago Blackhawks.

He played one season in the USHL before attending Michigan State University in 2009.

He was a finalist for the Hobey Baker Award his senior season at Michigan State University.

He married Melanie Flood in 2013; he has two brothers, Zak and Matt.

He joined Patrice Bergeron on the Boston Bruins in 2011.

Torey Krug Is A Member Of