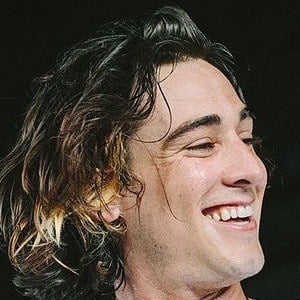 Lead vocalist of the band Night Riots, the band responsible for a second album called Love Gloom which was released almost 7 years after their debut album Into the Roaring. The band was known as PeeKay (PK) when they released Into the Roaring.

He and his Night Riots band mates learned to play instruments together in high school and decided to form a band. After a brief split following high school, and the replacement of their original drummer, he and the band formed PK.

His band debuted as Night Riots in order to eliminate trademark concerns with the name PK in the future. Their first single as Night Riots was "Contagious."

He lived in England for five years before moving to Templeton, CA where he met the rest of his band mates in middle school.

His voice has been compared to that of The Cure's Robert Smith.

Travis Hawley Is A Member Of