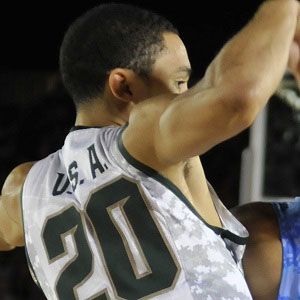 Point guard who joined the Michigan State Spartans in 2011 and had a breakout 2014-15 season, leading the team in scoring and becoming a Third-Team All-Big Ten selection. In high school, he received the Gatorade Ohio Boys' Basketball Player of the Year award in his senior season.

He attended Wayne High School in Huber Heights, Ohio, where he became the all-time leading scorer in school history.

He made the 2015 NCAA Men's Division I Final Four while playing for Spartans head coach Tom Izzo.

Travis Trice Is A Member Of