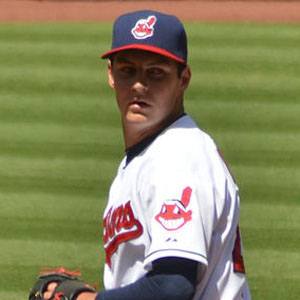 Right-handed pitcher who debuted with the Arizona Diamondbacks in 2012 then joined the Cleveland Indians in 2013. He helped the Indians reach the 2016 World Series where they were defeated by the Chicago Cubs. He received the 2020 National League Cy Young award after a stellar season with the Cincinnati Reds.

He won the Golden Spikes Award playing at UCLA and was ranked as one of baseball's top prospects by Baseball American in 2012.

He grew up in North Hollywood, California. His parents are Warren and Kathy Bauer.

He modeled his delivery after Cy Young-winner Tim Lincecum.

Trevor Bauer Is A Member Of