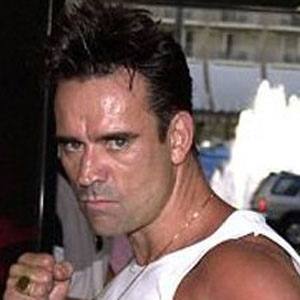 English actor best known for his role as Lieutenant Commander Mic Brumby on the series JAG and as Kano in the film Mortal Kombat.

He was a drummer and singer for punk rock bands like The Belsen Horrors and The Vamp.

He tragically died from an overdose of heroin, cocaine, temazepam, and vicodin in June 2003.

He was in the process of getting divorced at the time of his death.

He co-starred with Dolph Lundgren in the film Men of War.

Trevor Goddard Is A Member Of