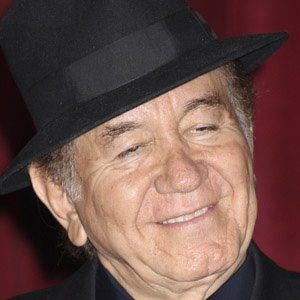 Mexican-American singer whose first big hit was "If I Had a Hammer." He also worked as a songwriter, penning songs for Volk Records, among others.

He played in clubs owned by Jack Ruby.

As a Chicano American singer, he designed two guitars for Gibson.

He dated Sandra Giles in 1963 until he began a relationship with Joey Heatherton in 1966; he then dated Susan Denberg in 1967.

He used a model of guitar designed by the same person who designed Noel Gallagher's guitar.

Trini Lopez Is A Member Of