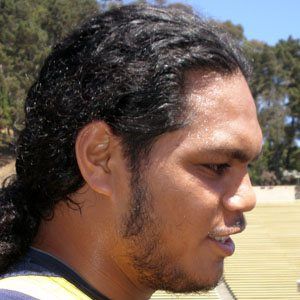 Defensive end who began his NFL career with the Jacksonville Jaguars in 2010. He was a First Team All-Pac-10 selection as a member of the California Golden Bears in 2009.

He played high school football at Saint Louis School, where he ranked as the second-best player in the state of Hawaii by Rivals.

He was selected to the NFL All-Rookie Team by Pro Football Weekly and The Sporting News.

He married Desire Pomele in 2005 and has children named Tyree and Tydes.

He became teammates with Jaguars tight end Marcedes Lewis in 2010.

Tyson Alualu Is A Member Of