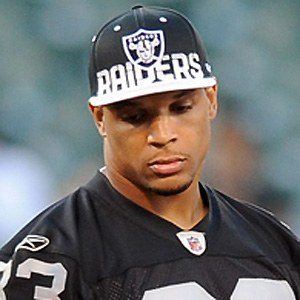 Speedy safety who made his NFL debut in 2008 for the Oakland Raiders. He'd also play for the Kansas City Chiefs and the Arizona Cardinals.

He played college football at the University of Connecticut, where he made second-team All-Big East in 2007.

He was born and raised in Syracuse, New York. He welcomed a son in 2018.

He was the Raiders second draft pick in 2008 after Darren McFadden.

Tyvon Branch Is A Member Of