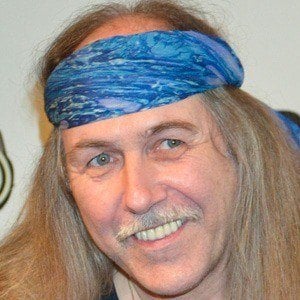 Scorpions guitarist who helped laid the foundations for the neo-classical metal genre and who also played with UFO.

He formed a band called Dawn Road, which merged with the Scorpions when their lead guitarist left.

He has worked with Electric Sun on albums like Earthquake, Fire Wind, and Beyond the Astral Skies.

He grew up in Düsseldorf, West Germany. He has dated Monika Dannemann.

Uli Jon Roth Is A Member Of