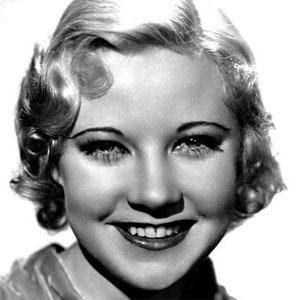 She gained great attention for her success in the talking film Abraham Lincoln (1930) where she played Ann Rutledge.

She started her career by standing in Lillian Gish for in 1920s silent films.

Her career took off during the rise of talking pictures.

Her last film role was next to Elvis Presley in the 1966 movie Spinout.

Una Merkel Is A Member Of