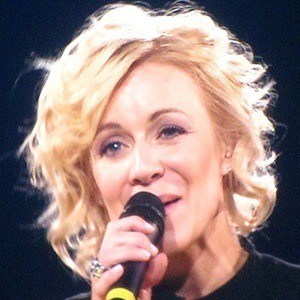 Singer who has become famous for albums like Sans Détour (2005) as well as her spot-on impressions of a wide variety of singers, including Tina Turner, Lady Gaga and Rihanna. In 2011, she became a judge on the French edition of The X Factor.

She got her start as a member of the group Sens Unique and performed in stage musicals like Grease.

She did the French dubbing for Renee Zellweger's singing voice in the Oscar-winning musical Chicago (2002).

She married her manager, Remon Boulerice.

She does a famous impression of Celine Dion and has opened for the singer on several occasions.

Véronic DiCaire Is A Member Of