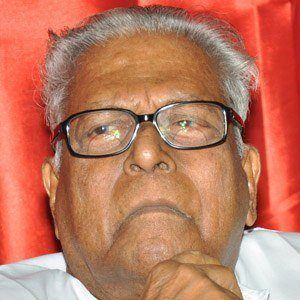 Known for his membership in the Communist Party of India, this politician held office as Chief Minister of Kerala from 2006 until 2011.

At the age of eleven, he was forced to drop out of school to support his family; he quickly involved himself in the organization of agricultural workers' unions in the Kerala State.

He married K. Vasumathy in 1967; the couple raised two children.

VS Achuthanandan Is A Member Of