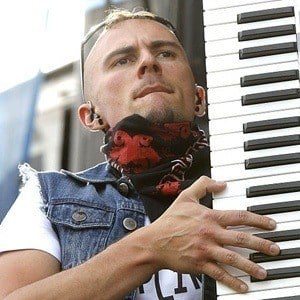 Keyboardist, songwriter and producer behind the popular power metal band Dragonforce. They are known for albums such as Through the Fire and Flames and Fury of the Storm.

He started playing the piano at the age of eight and was creating his own music by the age of 12.

He's also a cinematographer and has worked for ItchyEye Photography.

He's married to Natalie Pruzhanova. They have a daughter named Ella.

He's been bandmates with bassist Frederic Leclercq in Dragonforce.

Vadim Pruzhanov Is A Member Of