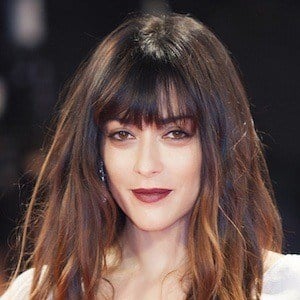 Award-winning film and television actress who first became widely known for her role in the 2007 drama La giusta distanza. She would go on to win a David di Donatello for Best Supporting Actress for her role in Benvenuti al Sud.

After studying at Perugia's School of Dramatic Arts, she went on to complete her studies at the Centro Sperimentale di Cinematografia.

She has had a number of recurring television roles in the shows 48 ore, Donna Roma, and Il segreto dell'acqua.

She was born in Umbertide, Italy to  Italiana Pecorari and Lodovico Lodovini.

In her award-winning role in Benvenuti al Sud, she starred opposite Claudio Bisio and Alessandro Siani.

Valentina Lodovini Is A Member Of