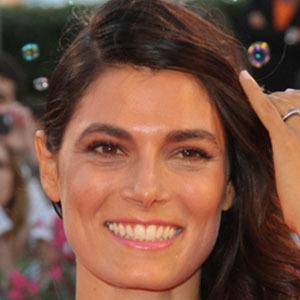 Venezuelan-born Italian actress who is known for her roles both in film and television. She is recognized for her recurring roles as Giulia Melendez in Maltese- Il Romanzo del Commissario and Giovanna in the 2013 series Una Grande Famiglia. She is also known for her feature film appearances including in Signorina Effe in 2007 and La Febbre in 2005.

She originally studied Philosophy at the University of Turin. She made her debut as an actress on the series Teatro Stabile. She gained further attention in 2006 when she won the Guglielmo Biraghi Award for her role in the film La Febbre

She is known for having won the Pasinetti Award for Best Actress for her role in the 2007 film Valzer at the Venice Film Festival.

She was born and raised in El Morro de Barcelona, Venezuela.

She starred alongside Fabio Volo and Julie Depardieu in the 2005 Italian feature film La Febbre.

Valeria Solarino Is A Member Of