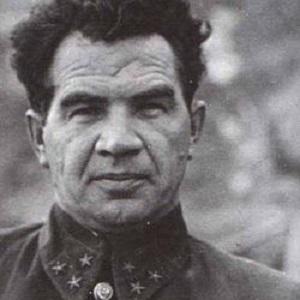 Soviet general in the Red Army during World War II who heroically defeated the Germans in the battle of Stalingrad.

He joined the Red Army shortly after the chaos of the Russian Revolution had left him unemployed.

It was him who officially accepted the surrender of Berlin's forces, which ended the western front of World War II.

He was born into peasant family and had eleven siblings.

He was the first Allied officer to learn about Adolf Hitler's suicide.

Vasily Ivanovich Chuikov Is A Member Of