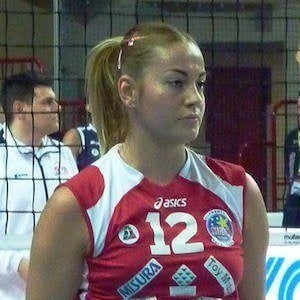 Spiker who has played for more than a dozen clubs and won multiple league championships in France and Italy.  She is known by many Italian television viewers for her time as a contestant on season two of Big Brother VIP.

She was named Best Striker at the 2003 European Under-18 Championship.

Her mother is Ines Rosanna Luccini.

She was housemates with Valeria Marini on Big Brother VIP.

Veronica Angeloni Is A Member Of