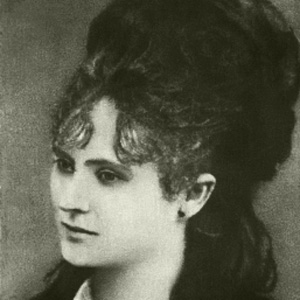 Romanian-Austrian poet who is known for Rendez-vous and other romantic works. She published her poems in Noul Curier Roman, Convorbiri Literare, and other literary journals.

She was born in Austria to the widow of a shoemaker. Her father died before her birth in a battle against Hungarian revolutionaries.

Her birth name was Ana Campeanu, and she sometimes wrote under the pseudonym of Corina.

She married Stefan Micle in 1864; the couple had two daughters. Until his 1889 death from syphilis, she was also romantically involved with fellow Romanian author .

She and George Cosbuc were both Romanian poets.

Veronica Micle Is A Member Of