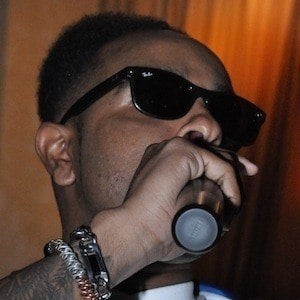 Recording artist and songwriter who earned a Grammy Award nomination for co-writing the Chris Brown, Usher and Rick Ross song "New Flame." As a solo artist, his single "Buy You a Round (Up and Down)" peaked at #55 on the Billboard Hot R&B/Hip-Hop Songs chart.

In the 1990s, he formed a production duo called the Jugganauts that worked with Rihanna on the track "Man Down" and with Kanye West and Jay Z on the song "Who Gon Stop Me."

He has been a guest artist on songs by Juvenile, OJ da Juiceman, Diamond, Gucci Mane and others.

His real first name is Maurice. He was raised in the Virgin Islands and moved to the United States after high school.

He co-wrote Justin Bieber and Chance The Rapper's track "Confident."

Verse Simmonds Is A Member Of