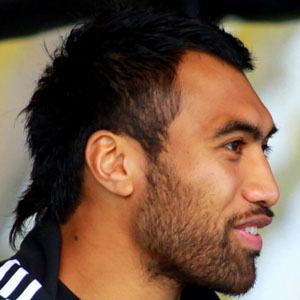 New Zealand rugby player who became known as a blindside flanker for the All Blacks; also gained recognition as a male model.

He played rugby at Scots College, a private school.

He was nominated for the IRB Under-19 Player of the Year award in 2006.

He played alongside Richie McCaw on New Zealand's national team from 2010 to 2013.

Victor Vito Is A Member Of