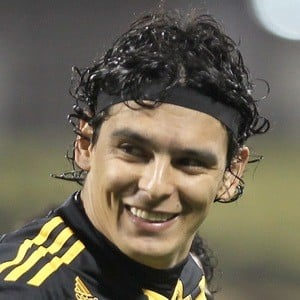 He started his soccer career by joining Cruz Azul U20 in 2015.

He made his debut with Mexico national under-17 football team in October 2013.

He was born and raised in Ciudad Nezahualcóyotl, Mexico.

Both he and Francisco Javier Rodriguez played for the football club Cruz Azul.

Víctor Zúñiga Is A Member Of